"Where There's Smoke" is now available! By the way, this story of mine came out recently from Dreamspinner Press! Woohoo! :)

Where There's Smoke is a short novella about a nerdy professor of medieval studies...and his firefighter neighbor. ;) Super fluffy, super cutesy, super sexy at the end, too. Hope you all like it! ♥

Love Is An Open Road: The Frat Brat by Nico Jaye

Reblogged from Sandra @ My Fiction Nook : Hot, sexy, fun, snarky, flirty - and flufftastic to boot; this was a blast to read.

Free from the M/M Romance group's Love Is An Open Road event.

Just thought I'd share with you all the cover for my upcoming freebie short story, The Frat Brat. I figured you can't really go wrong with an attractive shirtless dude, right? ;)

More info on this story soon! It'll be a freebie, and it's pretty much porntastic and fluffy (a.k.a., my trademark smuff, per the usual). ;)

Separately, I'll have another cover for my upcoming short novella Where There's Smoke, which will feature a medieval studies professor and his over-40 fireman neighbor. This story will be available through Dreamspinner Press, and I should have the links up soon, too.

Hope you're all doing well and reading lots of good books! :)

ARC Review – He's Just Knot That Into You, by Nico Jaye But in this story, suddenly there is a real narrative thing happening, and I find I can finally see her strong writing skills. I want more of this side of Nico Jaye, I want more stories with backbone and depth, because this is brilliant. Just brilliant.

(I just wish an editor had cut through the dime-fiction expressions of glancing up through his lashes and becoming impossibly stiff, because it would bring it all to the level of exceptional).

More and longer stories from Nico, please! This begs for more. It was both beautiful and delicious.

I was given a free ARC of this book from the publisher, Dreamspinner Press, and a positive review wasn’t promised in return. My wolfy knotting story has a cover! *blows noisemakers* Yay!

Check it out! And if you want to enter to win a copy, you can do so at the official cover reveal post at Sinfully's blog here or if you reeeeally wanna make sure you get a copy, the preorder is live on Dreamspinner Press's website here.

A teensy weensy post with some tiny winy news.

The powers that be broke the seal on my writing drought! Woop woop! 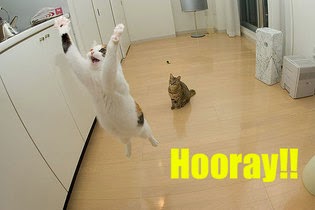 This isn't much of an update, but yeah, I just thought I'd pop in and say hello.

I finally finally wrote something after six or seven months of absolute nothingness in the words department. After my word drought woes, which I detailed on my blog, this development was mucho appreciated by yours truly.

So, that's my update! I wrote a story! And I did it in under three days! *falls over* For the record, I absolutely believe in the quality of the story (and thankfully was able to get it sorta beta-ed) or I otherwise wouldn't have submitted it.

You see, I wrote the story for a submission call that was due February 1st. I'd had a brainwave when I first saw the prompt a couple months ago, but, given my writing drought, I shelved the idea for "later."

Well, we all know how quickly "later" can arrive, and before I knew it, the call was due in a week. Of course, I hadn't touched a manuscript in months, but now I'd reached a crossroads: I had to recognize it was finally "later," and now that it was "later," was I ready to write that story?

A few days passed, during which I marinated on the idea, and I found myself hearing voices.

Yep. For anyone who writes fiction, you'll know what I'm talking about. Voices.

And that's how David Waterman, a medieval studies professor, and his neighbor, firefighter Zach Ford, were born!

I finished it and submitted it in time, so the story is now out of my hands. Regardless of what happens, however, I'm simply thrilled to have begun writing again. My God, that was a terrible, painful, doubt-inducing period of time.

I'm not saying the writing's going like gangbusters now--I still haven't picked up my previous WIPs--but simply knowing that it was there is a relief.

For your patience, I'll share a little about the story. :) Off the top of my head, here's how I'd describe it:

After years of hard work, medieval studies professor David Waterman finally has the tenure track position he's dreamed of. While it may have involved moving to a new city, he's settling in nicely with his books, his hobbies, and his slightly obese cat, Astrid. When Astrid requires rescuing, David  has the opportunity to meet his neighbor, Mr. Blue House. Mr. Blue House turns out to be Zachary Ford, a local firefighter.

A bad relationship in his late twenties has made David wary of playing the damsel in distress, and he's been satisfied thus far with his life of solitude, finding contentment in Game of Thrones marathons, academia, and his cat's companionship. However, Zach keeps popping up and playing the knight in shining armor, and he begins to inspire feelings in David--feelings he hasn't had for a very long time. David's left wondering two things: what are Zach's intentions, and should David reexamine his resolution to stay single?

There's a bunch more than that, but I don't want to spoil things! :)

Anyway, I'm just super excited to have written a story, so yay!

On a personal note, I also wanted to mention I booked a trip to Asia for March. Specifically, Japan and South Korea. Super pumped about that, too, especially since my werewolf story, He's Just Knot That Into You, will come out during my time there! Woop woop!

Oh, one more thing! I also put A Time for Loving into the rotation for the Goodreads M/M Romance Group's "Don't Buy My Love" program, so if you're a member of that group, you can request a free review copy beginning February 13th.

So! Keep an eye out for more info on stuff! I'll probably run a "just because" giveaway for no reason at all this month later on my blog, Facebook, and/or Twitter. You know--just because. :) So if you haven't connected with me there yet, then come on by and say hi!

Hope you guys are having a great 2015 so far. Have a gorgeous day, folks!

"A Time for Loving" - Now Available! Hi everyone! My historical short story is now available and ready for your sweet, sweet lovin'. ;)

Quickie blurb: Jack and Christopher have made it through years of campaigning and the horrors of Waterloo together--side by side by day and, by night, in each other's arms. After the war is over, however, will the love shared between this batman and his officer survive when Christopher returns to the life of a gentleman?

I'm hosting a giveaway on my blog, where you can enter directly on the blog post AND on the rafflecopter for a chance to win an ebook and a pretty "love" ring. I'm giving away multiple sets of prizes b/c aren't prizes fun? :) Check out the giveaway details here and also read up a little on where I found some inspiration for the story: A Time for Loving - Blog Post and Giveaway.

Thanks for checking out the story! ♥

ARC Review – A Time for Loving, by Nico Jaye There was careful attention to word usage, painting beautiful imagery, all in only very few pages.

I am finding that I really love a well-rounded short story, when done this way, with just enough information to paint a backdrop and build a couple of characters.

And adored the hea. Ms Jaye is known for them!

I was given a free copy of this book from the author, and a positive review wasn’t promised in return.

Just a quickie post to update this blog on what's happening in my neck of the woods. 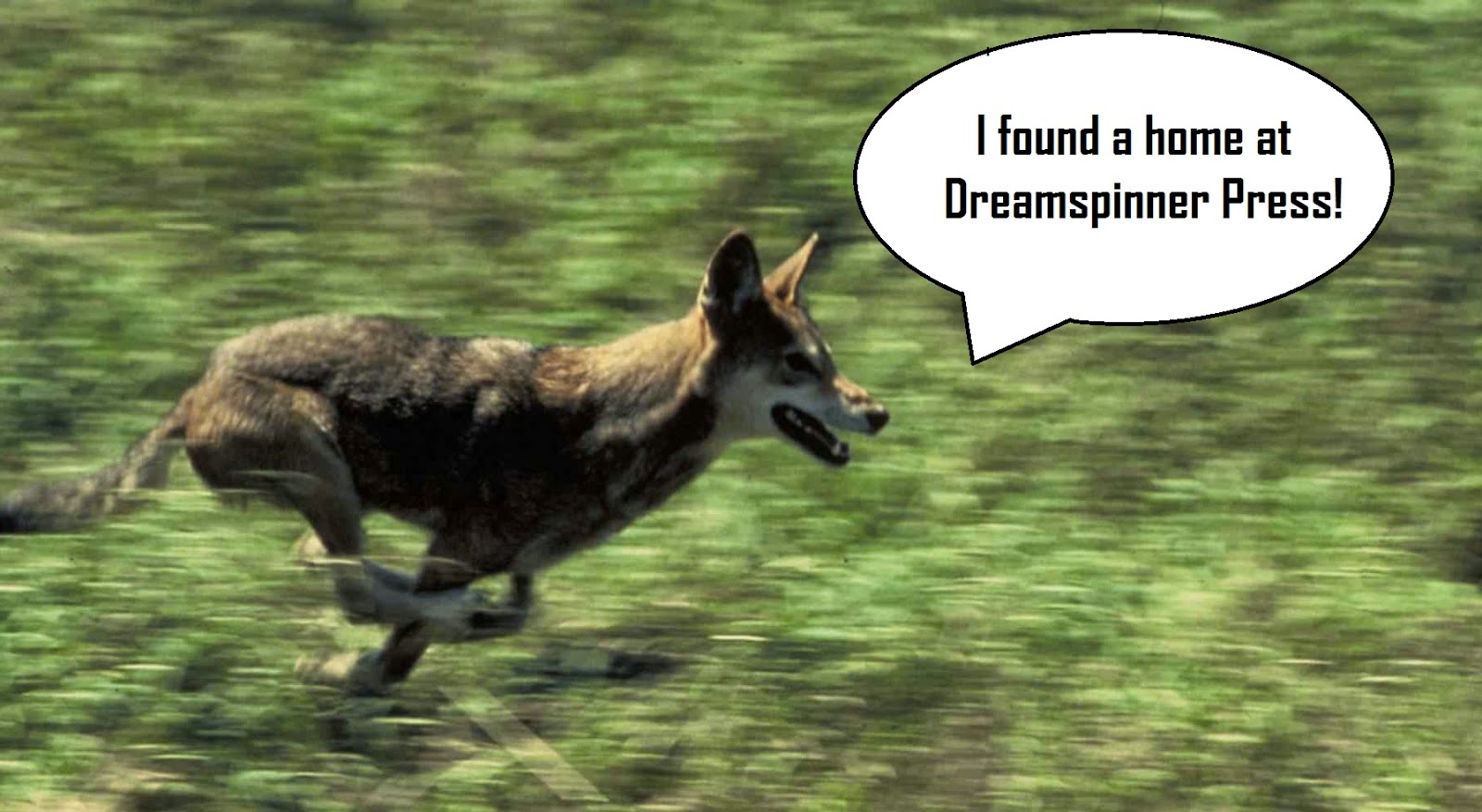 Yes, that's a red wolf, and YES, my werewolf novella He's Just Knot That Into You has been accepted for publication by Dreamspinner Press! I'm really excited and look forward to sharing Tanner and Jon's story with you all. :)

Be on the lookout for more info in the coming months about this new story. In the meanwhile, happy reading! ♥

Hi folks! Just a quick note that you can download my newest story called Punch-Drunk Love for FREE here: http://www.mmromancegroup.com/punch-drunk-love-by-nico-jaye/. 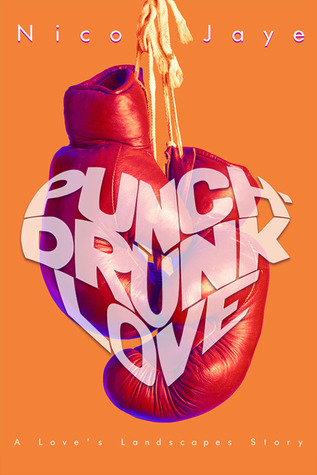 Just a quick type-by to let you all know that my wonderfully talented friend Natasha Snow has created a delightful cover for my upcoming M/M Romance Group story. Punch-Drunk Love will be released by the M/M Romance Group this summer as a freebie, so definitely keep an eye out for that! I'll be posting an update on my website, http://www.nicojaye.com, when the story releases. :D

Happy reading, and hope you all are having a wonderful day! Check out my blog for a quick post about how Sex and Candy came into existence and then enter for a chance to win a free ebook and some snail mail goodies! ♥

Snail mail goodies (for a US winner) will include...

Reblogged from Sandra @ My Fiction Nook :

:D Thanks for the review! "Holy hot boysecks, Batman!!" - I am so ridiculously pleased by that quote. ;)

Perfectly sized for your lunch break, though you might want to be sure the AC is running. Holy hot boysecks, Batman!!

** I received a free copy of this book from the author. A positive review was not promised in return. **

Smuffy Stories - Sex and Candy and a WIP

Read up a little on my upcoming story, Sex and Candy, and check out the prompt for my latest WIP! Sex and Candy comes out March 30th.

A Sex and Candy excerpt is on the publisher's website here: http://www.jms-books.com/index.php?main_page=product_info&cPath=29&products_id=1101 The kitty and I have matching hats!

I blog about the the pattern (and some nifty crafty stuff!) on Penelope's Romance Reviews. Check it out here: http://www.pennyromance.com/2014/02/just-because-gift-idea-post-by-nico-jaye.html. :D

Coming Out as a Gay Athlete, College Draft Edition